An aquarium supplied by local fishermen on the Wild Atlantic Way

Achill Island, a big focus of recreational fishing tourism until the 80’s, suffered a decline due to the reduction (or elimination) of certain species. Although it continued to be an important enclave of tourism, the lack of any indoor tourist activities made it less attractive to tourists. Local fishermen were therefore invited to provide the most unusual catches available in local waters, such as multi-coloured lobsters, to showcase the local fisheries wealth through the creation of the first local aquarium in Co. Mayo.

The aquarium was planned as an attraction to encourage visitors stay in the area when it is raining. Some 18 000 visitors came in the first months of opening in 2016, so the project was extended to also include a fisheries heritage museum. In 2019, visitor numbers were up to  almost 30 000 and, while previously during the low season months (November to May) the area and surrounding towns, such as Westport, were almost empty, today a significant number of families come to the aquarium throughout the year.

The project has created six full-time and three part-time jobs for local residents, mostly relatives of fishers. A marine biologist volunteer assists in the maintenance of the aquarium and has recently also developed a Marine Conservation Presentation for “transition year” students.

As in this case, local areas should look for the necessary elements to capitalize on their potential, taking advantage of the existing goods to find solutions for local problems.

Lessons: One of the biggest challenges was the access to and securing of funding due to the strict limits for public money, for which the Aquarium and Visitor Centre needed to be included in local development schemes to access to alternative funds.

Contribution to CLLD objective: b) Supporting diversification inside or outside commercial fisheries and job creation on the areas 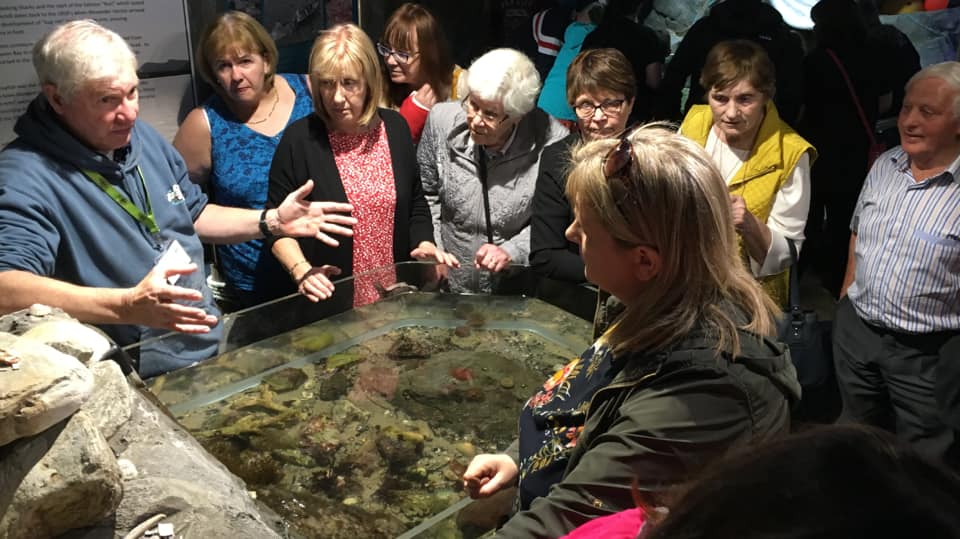 Project: An aquarium supplied by local fishermen on the Wild Atlantic Way

Thanks to FARNET for the information (webgate.ec.europa.en)